Go to the Everyday Disasters page to read the first chapter! 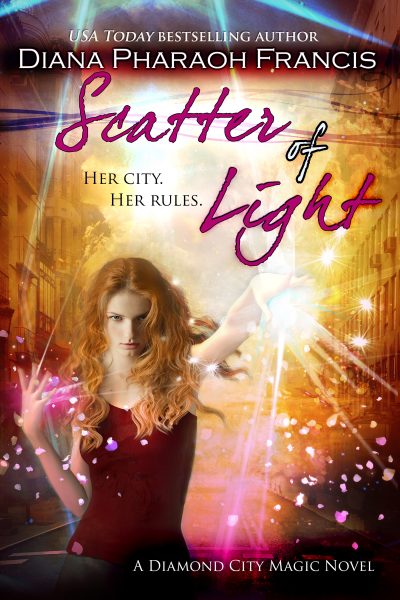 At long last... Yes! A new Diamond City Magic book! It's with my editor, has gone through copy edits and is now at the layout/get a cover stage. I thought I'd share the draft of the back cover copy.

Welcome back to Diamond City where hell has busted loose.

Senator Rice, hater of all things magic, has declared martial law in Diamond City following the recent bombings and turf war. His goal is to arrest all magic-wielders and take over control of the mines, and he doesn’t care how many people have to die to achieve that goal.

It’s up to Riley to find a way to stop him. Luckily, she’s not alone. To help, she’s got her family, friends, and a collection of mobsters who’d probably slide a blade between her ribs the second she turns her back. But beggars can’t be choosers, and playing it safe is a losing proposition.

But how does one stop an army without starting a bigger war? It’s going to take deceit, timing, sleight of hand, and a whole lot of luck. The odds of success are practically zero, but Riley’s never been one to play the odds. She plans to succeed or die trying. Unfortunately, there’s more going on than anybody realizes, and the real enemy has yet to show his face.

When push comes to shove, Riley’s got to risk more than her own life if she wants to save her city. Can she risk sacrificing the people she loves on a plan likely to fail for people she doesn’t even know?

This is Riley. She really only has one choice.

What would you choose?

Elves are not the glorious and wise fey of fairy tales. They are greedy, slick pains in the ass and even children know not to trust one. They are guaranteed to be lying or twisting the truth, and inevitably screw over anybody who works for them.

The ghosts are bored. Mal’s bored. She’s back together with the love of her life, but that relationship is rocky and tense. She needs a break. She needs to get back to work. Which is the only possible reason she’d accept a job from an elf.

Her boyfriend and her accidental demon slave both tell her she’s being stupid and she’s in way over her head, which only makes Mal determined to prove them wrong. Trouble is, they are not wrong.

Pretty soon, she finds out just how right they are, and it’s going to take a miracle, some ghosts, a handful of demons, a little voodoo, a siren, and a whole lot of luck if she’s going to survive, much less finish the job. 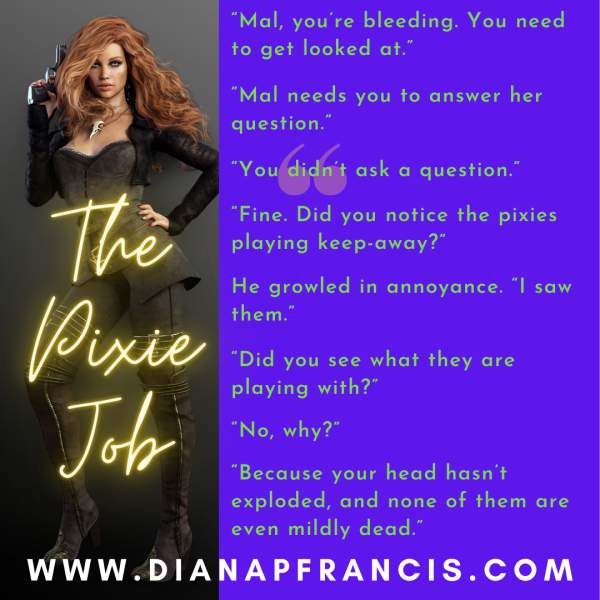 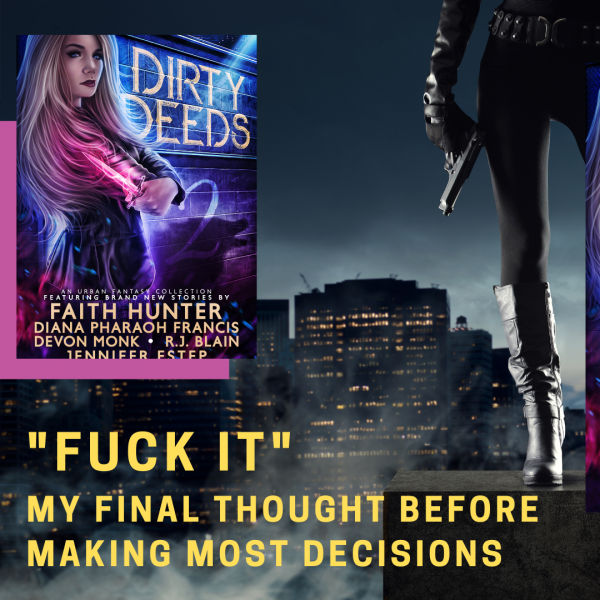