Alt Sidebar
Search
I received this ARC via NetGalley.
I just finished Joseph Kellerman’s The Murderer’s Daughter (which will come out August 18). It’s amazing.
From the back of the book description:
A brilliant, deeply dedicated psychologist, Grace Blades has a gift for treating troubled souls and tormented psyches—perhaps because she bears her own invisible scars: Only five years old when she witnessed her parents’ death in a bloody murder-suicide, Grace took refuge in her fierce intellect and found comfort in the loving couple who adopted her. But even as an adult with an accomplished professional life, Grace still has a dark, secret side. When her two worlds shockingly converge, Grace’s harrowing past returns with a vengeance. 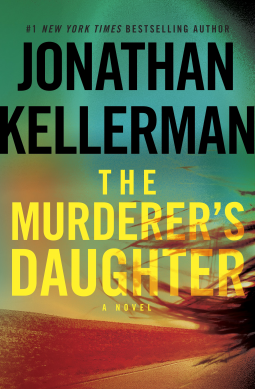 What I like about this book is the depth of characterization and the way all the characters resonate together along the same theme. The main character, Grace Blades,  is the daughter of a murder-suicide with both parents being truly terrible. Their deaths are merely the culmination of an awful early childhood.  She ends up in the foster system with a lot of shitty situations, arrives at a good one, and eventually it turns horrible, but not in the way you’d expect.

She ends up adopted by a couple who are very good to her, letting her become herself and encouraging her on every level. Grace is extraordinarily gifted mentally, able to zip through school with few real challenges. Before she’s thirty, she becomes a revered psychologist specializing in trauma victims. She’s very good, very empathetic, partly from her own background. But. She’s also very distanced and observational–almost living her live in third person. She’s extraordinarily self-aware on some levels, and on others, she’s oblivious. She doesn’t recognize as an issue the leftovers from her own traumas–from courting dangerous situations, to sucking her thumb, to being unable/unwilling to have real relationships of any nature.

One of her risky behaviors leads her to get mixed up in a murder, and soon she realizes she’s become a target of the murderer. Now she has to figure out who that is and why he wants her dead. Only, the why and the who are a lot more complicated than they seem to be.

The thing about Grace is that she’s unemotional and very focused. She’s also brilliant. She makes plans and executes them with determination and nerves of ice, breaking down only occasionally. She makes mistakes and figures out her next steps. She forges on, the need to survive driving her. She is a survivor. That truth is fundamental to who she is and takes precedence over almost every other aspect in her life.

The thing a reader has to be aware of is that Kellerman presents Grace as cold person. Readers may find even her repulsive, though she is skilled, empathic, and she genuinely cares about her patients and helping them through their traumas. But whether you like Grace, you can sympathize with her. Plus Kellerman builds the tension so that you have to keep turning pages. You want to know what is happening and who the players are and why the murders. For me, Grace is not unlikeable, but Kellerman definitely doesn’t give Grace a lot of soft, easy qualities. The book is told in a first person narrative, but despite that, the narrative is related in a distanced way. But that is the point. Grace is meant to be difficult to like, so that the book can investigate its main theme.

It’s clear to me that Kellerman suggests Grace is a sociopath, or at least, verging on one. We know this because she’s so cold-blooded in her observations and her choices, she’s manipulative–usually for good, and she’s unfeeling in many ways. The question is, was she born sociopathic or did she become that way because of her childhood? And how much does it matter? And is who you are about your choices or about nurture or about genes?

All the various characters represent different possibilities of Grace, different aspects of her. In the end, the reader decides if she is a valuable person, if her choices are right, if she’s good or evil or something else entirely.

The mystery is good, but I recommend this book because it does such an amazing job of exploring the nature of a sociopath, of what happens to children of abuse and trauma, how much genetics plays a role in who you become, and who you must be.

Five out of five stars.