I’ve been doing a series of posts over at the Bookview Cafe Blog. I’m going to start mirroring them over here. They come under the heading of Writers Club. These are the Rules. Or Guidelines. Or something. Anyhow, here you go: 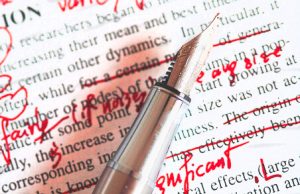 When I first started out writing, I wrote for me and me alone. I was trying to entertain myself and so I didn’t worry about whether this would be offensive or that would be sappy or if readers would hate my characters. None of that entered my mind because it was all about the fun of telling myself the story and getting lost in it.

Then I published. This was a dream come true. But that’s when the evil self-editor started sneaking in to my creative zone. I’d write something and then delete it because it was too something: too off-color, too disgusting, too violent, and so on. That limited me in ways that I stopped noticing. I internalized those limits and made them an unacknowledged part of my writing process. It’s like a house. You don’t pay attention to where walls are or light switches because they just exist and are necessary and you’re glad they’re there doing their job.

Only really, the self-editor at this point in the process is really a saboteur. It’s a swarm of termites eating away your writing in secret and you have no idea it’s even happening.

Recently I accidentally started a . . . something. Since it’s well-over 45K by this writing, I guess it’s a novel. It started as just a fun thing I wanted to write down. My main character–Beck–is obnoxious and says things that are not polite and yet are very funny to me. I found myself writing on it constantly and racking up big word counts. I’d stay up late. I write through obligations. I’d forget time. At some point, however, I realized that I was losing her voice because I’d begun self-editing. I began to worry about what readers might think or how they might respond. So I slowed down. I started thinking more and being more careful about how I was telling the story, rather than focusing on actually telling the story and entertaining myself.

Not so coincidentally, I slowed down. I didn’t feel like writing on it as much. It took me a few days to figure out why and I wanted to smack myself for doing it. The thing is, the self-editor is important. Finding and questioning the issues of your story is very important, but not until you’ve written and know what it is and what it needs. I also don’t think your words and story should necessarily change because a reader my object or feel a little annoyed. You have to decide what’s good for the story. You don’t have to throw glitter on the ugly or soften all the rough edges. You have to tell a good story with powerful, compelling characters that engage your readers and carry them on a fun ride from beginning to end.

Writers Club rule: Revel in the creative, and chase the editor off with a pitchfork. Hunt it down, put it in a mayonnaise jar with holes in the lid until you’re ready to let it chew through your manuscript.

Over the shoulder and straight ahead