I have been bad about reading lately. Can’t seem to finish things. But in the past few days I read two very fun books. One that’s been out quite awhile, the other that’s just coming out. Both romances, one paranormal, one not.

First, the one I got from Netgalley.

This one is called Hollywood Heir by Ruth Cardello. It’s available August 14, 2018. Here’s the back cover copy: 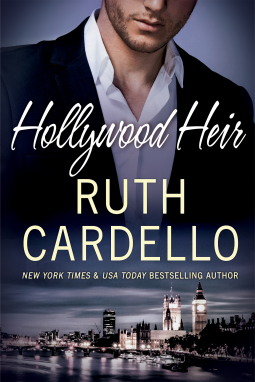 Sage Revere follows her instincts, which have led to an oddball career as a plant psychologist. As a side project, she also helps strangers find happiness. Sage has a gift for knowing who needs her help, and the brooding hunk of a loner she meets in a coffee shop certainly fits the bill. She can feel it.

On-screen, Eric Westerly is the hottest superhero there is. Offscreen, he’s out of rehab; incognito in London; and reevaluating his life, his career, and his broken family ties. All he wants is to be alone. Then along comes some daft plant whisperer who gets under his skin. She’s also sweet, sexy, and irresistible. But what’ll happen when she finds out who he is—that underneath the gray spandex, he’s just a regular guy with a Batcave?

But Eric isn’t the only one with a few secrets. And when the masks come off, Sage and Eric are going to have to trust each other if they want a Hollywood happy ending.

I think what made me want to read the book was her career as a plant psychologist. I don’t know that I paid much attention to the rest of the description because I just had to know what was up with that.

It turns out the plant psychology thing is really a ruse for Sage to engage with other people in order to help them find happiness.

What I liked about this novel is the focus on the internal lives of both characters, their friendships with their best friends, and the real humanity that Cardello uses to draw the characters, even the truly obnoxious ones. This also wasn’t the over-the-top movie-star lifestyle sort of book. Both Sage and Eric had serious childhood issues with their families that molded them into damaged people. Neither find it easy to overcome the damage to become whole enough to be together.

I thoroughly enjoyed their journey because they seemed very real, very normal in their feelings and concerns, and even though romances are by nature very positive and uplifting, this one is more so. I’d definitely read this one and will probably check out the earlier books in he series. The fairy-tale parts of the money and royalty wasn’t overdone, either, which made me happy since I was reading for the relationship and Cardello really did  well with it.

I bought this one based on the haunting by the mother-in-law and the setting in Louisiana. Here’s the back cover blurb:

Scientist Maryse Robicheaux thought that a lot of her problems had gone away with her mother-in-law’s death. The woman was rude, pushy, manipulative and used 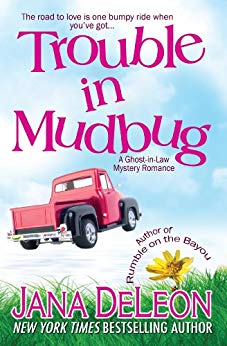 her considerable wealth to run herd over the entire town of Mudbug, Louisiana.

DEQ Agent Luc LeJeune is wondering what his undercover assignment investigating the sexy scientist has gotten him into – especially as it seems someone wants her dead. Keeping his secrets while protecting Maryse proves to be easier than fighting his attraction for the brainy beauty.

I liked this book even though the romance wasn’t that well-built. The characters were terrific, and the first half of the romance built well, but then it went a little fast and I wasn’t entirely convinced of the relationship. Just not as believable for me. But the rest of the story was tons of fun and well worth reading. I want to see what adventures Helena gets up to next (she’s the ghost).