I’m reviewing a short Christmas novel/novella by Erica Ridley. Normally I love her books, but this one didn’t work as well for me. Part of it was I had a hard time believing in a town devoted to Christmas in that time period, so that may be all my fault. This is the back cover copy: 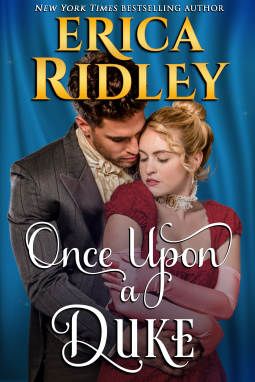 Beware romantic spirits from Christmas past…

Due to the terms of an estranged relative’s will, the Duke of Silkridge must revisit the cold, unforgiving mountains where he lost everything he once loved. As soon as he restores his family legacy, he’ll return to London where he belongs. He definitely won’t rekindle the forbidden spark crackling between him and the irresistible spitfire he’d left behind…

Noelle Pratchett is immune to charming scoundrels like the arrogant duke. He stole her heart, stole a kiss, and then stole away one night never to return. Now he’s back—and they both know he won’t stay. But how can she maintain her icy shields when every heated glance melts her to her core?

So as I said, I didn’t buy the setting. The relationship between Silkridge and Noelle is believable, but for me, there’s too much exposition, and so much depended on long ago events. There wasn’t enough time or space to really build the romance. I felt like there needed to be more time, more conflict.

I also wanted to kick Silkridge’s dad’s ass. And I had a hard time with him being so beloved by everyone and the fact that he was a total asshole to his son. Surely the servants would have known and the town would have known. That doesn’t mean they wouldn’t revere him for what he did for them, but I felt they would also have some awareness. The lack thereof was silly.

There were some other things that bothered me, but I liked a number of the characters, the stipulation in the will (I kept expecting there to be some significance to this–that his father figured out he was an ass and had try to make amends somehow. Nope. Not even.

In the end, it just wasn’t a satisfying read for me. Won’t stop me from picking up her other books . . . those I haven’t read.

Movie Annoyance or Why Did They Have to Ruin a Movie That Way?