I’m way behind on my Netgalley reviewing. So I’m going to jump in with some long and some shorts. All these books came off Netgalley.

I’ll start with the book I finished most recently, called A Jury of One by Charlie Cochrane.  This is a British police procedural combined with romantic elements as it follows the developing relationship between the detective, Robin and his lover, Adam. They met in the previous book in this series and at this point, they are newly living together.

I really enjoyed this book. It feels very realistic and the mystery and love story elements were both well written. The mystery wasn’t easy to see through, which I like, and there were a lot of possible ways for the investigations to go. There are several crimes that overlap and end up weaving together nicely. The romance between the two men suffers from the problems of new relationships, the uncertainties of each man, a certain amount of jealousy. I thought it was well done.

The only drawback for me, and it wasn’t entirely a drawback, was the extensive use of British slang. Police are known as rozzers, bad guys are scrotes, voicemail is answerphone. A lot of these were easy to figure out in context. Where I stumbled was when I couldn’t sort out the meaning. I thought these words gave a lot of reality  to the world, I just wish there weren’t quite so many. Or a glossary. I like a good glossary. So I’d recommend this one. It comes out March 21st.

Another book I finished recently was a romance called Catching Summer by L.P. Dover. It’s contemporary about a woman, Summer, who two years ago witnessed her husband’s murder. She’s now come out of her grief with the help of counseling. A former nurse, she helps run a restaurant with her sister and former brother-in-law. A lot of football players from the local NFL team frequent the restaurant and one, Evan Townsend, has fallen for Summer. He’s not made any moves on her because of her past trauma. So that’s the set up. 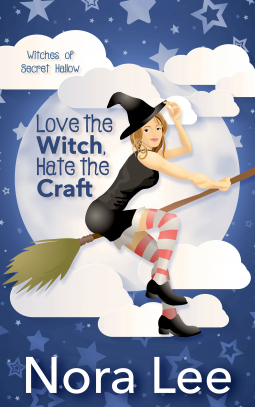 I didn’t find this book that successful. I liked Evan and Summer and most of the time I liked their interactions, particularly because they didn’t get stupid for ridiculous reasons. That was a huge plus. What did bother me was the constant use of ‘fuck’ to describe their sexual activities. Not romantic, at least to me. Then there was the schtick where Summer goes back for ‘certification’ to keep her nursing license. She works two weeks with the team doing medical things including relearning CPR and it just seemed completely ridiculous that this would keep her nursing license current. Another thing that bothered me was the beginning which started 2 years previously and then leaped forward. I didn’t find it all that useful and it was really more a distraction.

In the end, while I did want to finish, I kept getting put off and out of the story and it didn’t work as well as I hoped it would for me.

The next book is Love the Witch, Hate the Craft by Nora Lee. This is the first of a series. It’s got a little bit of the feel of a cozy mystery, with magic. The heart of the story is really about a Rowan who’s come home to her town that she swore never to return to, in order to help save the Elder Tree, which is dying. Should it die, so will the town. Stir in the fact that she’s just broken up with her boyfriend and a local warlock has decided he wants to marry her in order to become the head of the coven, and also the fact that her friend’s kid has uncontrollable magic. Rowan is going to be busy.

In general, I liked the story. Rowan is supposed to be taking over the coven at some point because of her family, and she has to want to come back. She gets to see the town and her friends and family with new eyes and of course, everything turns out all right. This is a fairly fluffy book, as you can tell from the cover. It’s a quick read and pretty fun. 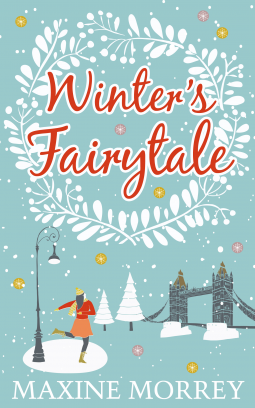 This next one is Winter’s Fairytale by Maxine Morrey. This one was fluffy like the last book, and also a romance. Not a great deal of depth, though I enjoyed the interactions between Izzy and Rob. She was jilted by his best friend, and Rob’s been in love with her for long before that. They were friends also, but she’s been unwilling to see him since the wedding, since he got to deliver the bad news and she punched him. She’s embarrassed.

The story begins with a snowstorm that keeps her from getting home to her shady sort of flat where a guy lives who is portrayed as a potential rapist, and at one point he does grab her. She runs into Rob and he takes her home where she stays through the storm and they connect.

Things roll forward and they figure out they’re in love. This is a Christmas story, so the holidays are the backdrop, and the other cast of characters are delightful. Izzy is a wedding dress designer and ends up helping Rob’s sister with her dress last minute.

This book is light reading and fun and a good Christmas story.

I have more to review, so there will be another roundup soon.

It's a book birthday!