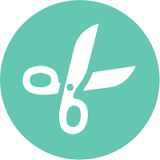 Because it’s Friday and because I can!

From book 4 of DCM (which is yet title-less)

I pulled back my wandering mind to focus on the task at hand. The difficulty in this situation was me. Null magic in particular. It didn’t want to weave together with other magics. It wanted to kill them dead. Suck all the juice out of them and leave them dried husks of nothingness. That wouldn’t be all that bad, except that the result was a little bit like setting off a nuclear bomb. I don’t know why. It’s like the magics went to war, though it would have made more sense if the null power just sucked up the other one.

That’s the reason why you didn’t get a lot of null magic crossovers. I probably should have mentioned that to Price, but what he didn’t know couldn’t stop me from trying. The good news was that if things went wrong, the backlash would come at me, not him.

The Ideas that Rise and a snippet