I posted a blog on the Book View Cafe website a couple weeks ago about the romance of violence. I wanted to expand that discussion and possibly make more posts on it, so the following is a revised/expanded post. 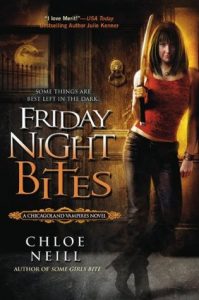 Over the last I’m not sure how many years, I’ve noticed a shift in violence in books. I tend to read romantic suspense, paranormal romance, and all fantasy, plus some other stuff. What I’ve noticed is a growing connection between violence and romance. I’m not talking about abuse/rape/or other typical women fridging tropes, but violence that has specific signification in the romance novel, relating to both male and female leads.

In many romance novels of all stripes, violence is depicted and often graphically (I tend to write gritty/graphic sorts of scenes in a number of my books). It seems to me that in former times, violence was perceived as a weakness. Virile men overcame their violent tendencies and only unhinged or evil women turned violent. Now it’s quite different. There’s an understanding that in reality, violence happens and not only that, you may be required to do violence to someone else. The difference between the good and the bad guys tends to revolve around whether the person being attacked is deserving of violence.

I’m not sure when the shift began, but I suspect it had something to do with Desert Shield when a great deal of military action ran across our TV and computer screens, and we saw the bravery exhibited by military men and women, as well as civilians. Many committed violent acts in the name of their countries, in the name of their families, and in the name of survival. Personally I admired the people who could and would lay themselves on the line for others. This is the same way I admire emergency responders. They take risks to save other people’s lives.

Socially, we’ve seen a growth of the need to physically stand up for yourself against bullying, against abuse, and so on. We’ve seen heroes step out of the shadows to fight evil-doers on planes, trains, and other public areas. So it’s not surprising that we want to write about those kinds of heroes–male and female–who behave with courage in the face of fear. And very often, that depiction is accompanied with violence. It’s not turn the other cheek sort of stuff, because turning the other cheek doesn’t work against stalkers, or gangs, or bullies.

I’ve noticed that violence in male heroes is often used to demonstrate the depth of their emotional engagement and the level of passion they feel. It might be a protective instinct; it might be revenge. These men are driven to an emotional level that pushes them to act, revealing how strongly they feel. This is important in all romances–that the hero acts not just out of duty, but because he’s emotionally invested in the character(s) he’s protecting, whether they are family, lovers, pets, or even strangers.

The key thing is that instead of overcoming the violence, giving in to it seems to now be a positive hallmark of a male character, so long as he’s also kind, loving, generous, and so on to the love interest. (Keeping in mind that there are male heroes who aren’t initially portrayed as kind or loving or generous, but that means they are either super alpha and have other sympathetic qualities, or they are broken/damaged and will grow and develop positively as the story moves toward the end).
Violence, in a nutshell, has become a signifier for depth of feeling in a romantic hero. So even if he’s stoic, his violence (emotional and physical) reveals his inner passions and makes readers care about him.

Readers care about characters who care.

With women heroes, violence has also become acceptable and even celebrated. Similar to shifts in depictions of male heroes, female heroes who are violent are perceived as strong, 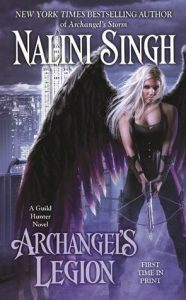 passionate, determined, and self-sacrificing–they put their lives on the line for others, they take risks for others, they damage their souls for others. Now obviously strong female/violent characters have been around: Sarah Connor and Ellen Ripley for instance. They, however, are not really romantic characters, even though Sarah has a romance with Kyle Reese, but it’s not central to the plot. I would argue, however, that such powerful female heroes who commit violence have become more prevalent and have become central to romance novels. (Bella notwithstanding, who is quite passive).

In many ways, the difference in depicting women as violent v. men as violent, is a difference in purpose. Violence is still used to signify passion, strength, determination, and self-sacrifice, but more importantly, it serves to demonstrate competence in women. Competence not only to get certain jobs done that have been traditionally identified as male-centric, but also competence to protect themselves and protect others. That they are not damsels in distress, but they are the saviors for themselves and others. That doesn’t mean they don’t get into trouble or need help, anymore than powerful men can’t get into trouble and need help. What that means is that they are always actively looking for ways to rescue themselves, and they have the capability should the chance arise.

For both men and women, the violence must be directed against deserving parties, and there must be a positive emotional center that prompts the violence–again this might be the urge to protect, to get revenge, or something else along those lines. Otherwise, the characters are just psychopathic assholes, making them enemies.

I’ve been trying to postulate just exactly why violence has become such a key ingredient to a great deal of characterization and plot. I think on some level it’s because reality has more violence–from terror attacks, to wars, to  road rage, and so on. I also think that we see a lot of terrible things happening in the world that a single person or several could change or stop if only they stepped in. The guys on the train in France. The guys in Portland stepping up against a racist killer to protect two teenage girls. There’s a sense of what if I was in this situation–would I/could I kill someone to save innocent lives? Or would I fold and let it keep happening?

Regarding violent female heroes, portraying women as potentially violent equates also with the desire to demonstrate strength and personal power. To break out of the mindset that women need to be rescued. I’m reminded of the line from Adele’s song Turning Tables: “next time I’ll be braver, I’ll be my own savior.” This sentiment reflects a strong current of desire in the culture for women to escape the traditional expectations and limitations society tries to trap us inside.

We have a great deal of respect and a certain romance going on with the idea of the lone wolf hero–or lone wolves– who are few but determined and capable and willing to do whatever’s necessary to defeat evil. Part of the romance is that a single person in the right place at the right time and willing to commit violence can make a difference in saving lives. Lone wolves can also be particularly interesting romantic targets, because they are often broken or damaged in some way and the developing relationship offers fertile opportunities for powerful romance. Frankly I find powerful women incredibly beautiful.

I see a strong element of aggression/determination inherent in the heroic violence. That this person will not be deterred, will not be distracted. This person will get the job done no matter what. This is part of the sense of strength and passion in the character that the violence helps to establish.

I know the subject is a lot more complex than I’ve said it. I’m curious what your thoughts are and whether you see things differently. I’m also curious if you see it as a romance type of trope also.