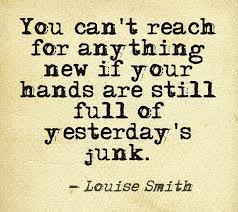 That is, I’m feeling crazy. I’ve had so much going on. My husband has been looking for a job and having a bunch of interviews. We’re getting work done at the house again. I’m close to deadline and behind. I’ve been teaching. And mothering. And running errands and trying to figure out why my ocular migraines are getting worse. I wish I knew someone who had them too so I could talk about it.

I’m still losing weight. I don’t remember the last time I was at this weight. It’s been super hot (for the time of year–up in the 80s) and I’m soooooo glad I’ve bought shorts. I’ll be heading off to RT (Romantic Times Booklovers Convention) in May, and from there I’m heading up to Miscon, and then home. I’m not sure where all my time is disappearing to, but I’m working hard to stay on track. Anyhow, what’s crazy is how much my fingers are shrinking. I didn’t really expect them to shrink so much.

I’ve got a huge pile of clothes that don’t fit anymore, and I”m not sure what to do with them. I could donate them, but I’m trying to figure out how to give them to someone who might actually need them. Not sure what the best venue for that is.I’m also trying to figure out what clothes that are still in my closet that are too big, but I’m not sure I should get rid of. I don’t wear a lot of fancier stuff any more. Mostly I”m super casual. Some of the shirts that I’m trying to figure out are the kind I can wear over other things–like jackets, but shirts. They still look good, but I’m trying really hard not to hang onto the stuff I don’t need, or that I won’t wear much.

I also am woefully behind on getting my newsletter out and doing some updates to the website. I’ve got to get on both of those.

I have been doing some sketching. I used to draw a lot when I was younger, and then I kind of stopped. I’m doing animals, and working off pictures from online. I’m working toward being able to do a corgi, and I’d like to do some mythological creatures.

My tennis elbow is better. Not knitting yet, but I’m getting closer. I think.

I’ve got a bunch of tomatoes and peppers started in my kitchen. I’ve got some grow lights and a heating mat and things are progressing nicely. Now I just have to get out into the garden. And I have to spray my roses with Neem oil to stop the black spot. I’m hoping it will work. My plants have a fair big infestation.

Now I have a corgi pointedly rolling on his back and waving his paws in the air. It’s bedtime and he wants to go.