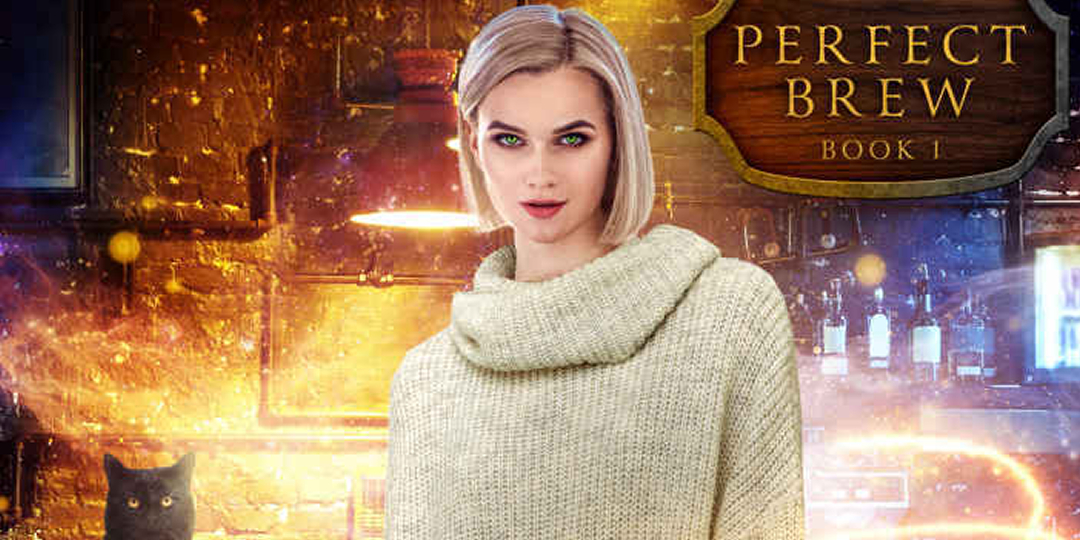 I’ve been doing a bit of reading on and off as I can squeeze it in around the rest of life–when I was younger, I seemed to have a hell of a lot more time in a day. What happened to it all? Anyhow, I finished The Perfect Brew today, and I want to share.

First, the back cover copy:

When a witch inherits trouble …

An unexpected inheritance turns Cassie Black’s world upside-down, and she finds herself the owner of a sentient coffee-house that comes with an inter-dimensional portal and a side of ancient curse. When Cassie is summoned to attend the funeral of her great-aunt Ophelia, she finds the picturesque village on the edge of the ocean is not at all what it seems. Her benefactor’s death is suspicious, and to make matters worse, after Ophelia’s lawyer explains her will to Cassie, he 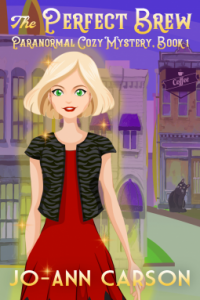 drops dead in a plate of cookie crumbs. That makes two unexplained deaths, which is two too many for a good witch to swallow.

Up to her neck in mysteries, and weighed down with a curse, Cassie canvases the town to find the murderer. Of course, there are many unusual suspects, a tall, dark and annoying human detective keeps getting in her way, and a seductive warlock offers his assistance.

Will Cassie catch the villain before he kills again? Will she be able to free herself from the curse? Will Sid, her beloved cat familiar with a naughty mind, convince her to play dirty with the boys?

This is the first in a cozy mystery series–I’m not sure how long the series is intended to be. It does read somewhat as a standalone, but it leaves a lot of major questions hanging, which is frustrating. I liked the story, I liked the characters a lot, and I liked the writing. Cassie is a great character. Everybody expects her to be goody-goody, but she’s got a lot more going on and is refreshingly snarky for a girl who appears to be the proverbial girl next door. The love interest characters are definitely interesting, particularly Sanjay, and I really liked Cassie’s familiar, Sid (short for Obsidian).

A murder happens shortly after Cassie arrives in town, and she decides to track down the killer, but though that was the storyline that wrapped up in this book, it felt like it was just a subplot. The real plot was Cassie discovering her aunt’s history, that she was murdered, more about magic, and the Perfect Brew–a sentient coffee shop, which, by the way, is a very cool place. I love it.

For me, though I enjoyed the book, I feel like it wasn’t robust enough. That it really needs to be read with the other books in the series to get a better sense of the meatier part of the story, which I really want to know more about. I do plan to get the other books, because I really do like the book. It wasn’t a cliff-hanger ending, by any means, but it just felt like the end of the opening scene of a play, and that there’s a lot left unanswered and undeveloped.