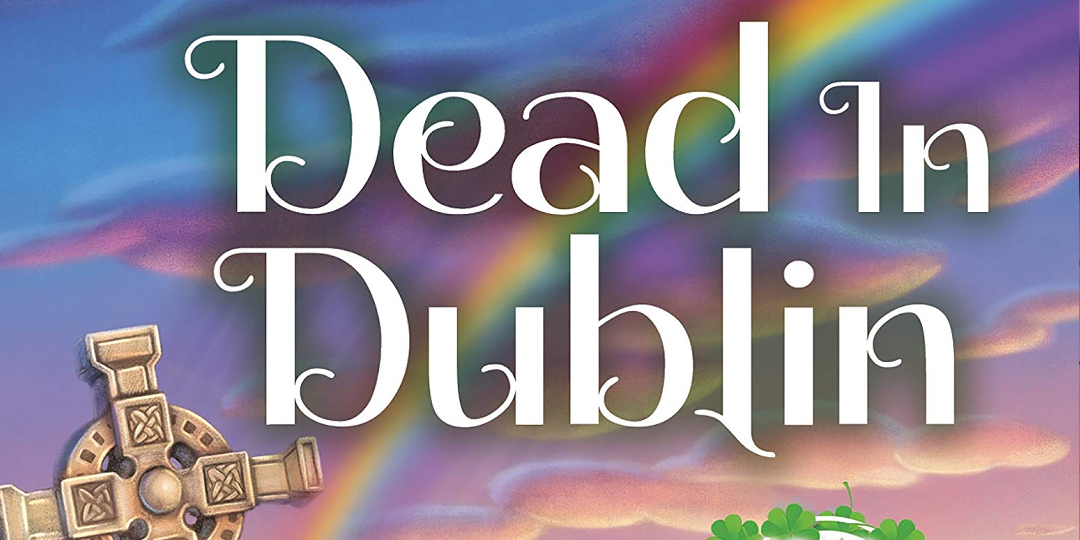 First, so you know, I got Dead in Dublin from Netgalley. Also, Catie’s a friend and I love her books in general, and pounced on this one super fast because it sounded so good and did I say I love her books? She’s an amazing writer.

Now, onto the book. Here’s the backcover copy: 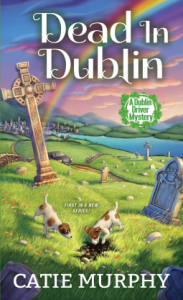 In Dublin’s fair city, where the girls are so pretty, murder occurs at the feet of sweet Molly Malone . . .

Ferrying tourists around Dublin for the Leprechaun Limo Service makes quite a change after years in the military. Still, Megan Malone is enjoying her life in Ireland. She likes the scenery, the easy pace, the quirky, quick-witted locals. Everything—except having one of her clients drop dead at the statue of fabled fishmonger, Molly Malone.

Most restaurant critics notch up their share of enemies. Elizabeth Darr, however, was a well-loved international star. She and her husband, Simon, had just had dinner when Elizabeth collapsed, and spoiled seafood is the first suspect. The restaurant’s owner, worried her business is doomed, begs Megan to look into it. Between her irate boss and a handsome Garda who’s both amused and annoyed by her persistence, Megan has her hands full even before she’s cajoled into taking care of two adorable Jack Russell puppies (which she is almost definitely not keeping). But if cockles and mussels aren’t to blame, can Megan find the real culprit . . .before another fishy death occurs?

I’m going to start with why I wanted to read this book. Catie lives in Dublin. Having her character be an American living in Ireland really grabbed me, because I felt like it would give me a really good sense of the place from an American perspective, but without any obnoxious judginess. Megan appreciates Dublin and the Irish people and culture. Her point of view makes it so an American reader can easily understand the differences and sometimes quirkiness of Ireland, but without it being condescending and obnoxious.  I felt like I was in Dublin and I could almost hear people speaking.

This is a cozy mystery, so it moves at a slower pace than other mysteries, and yet this one felt like it moved at a quick clip. I was hooked by the mystery and hated having to set the book down to do anything else. I appreciated that Megan’s involvement in the mystery happened so organically, and that she wasn’t looking to horn in at all. She was a fresh take on the amateur sleuth. But then between her boss and the grieving relatives, she feels compelled to help solve Elizabeth’s murder. The little bits of information she tracks down for them pull her deeper and deeper into the mystery.

I really liked her developing friendship with Detective Bourke. He’s very real and takes the information she gives him without a lot of bitching about how she shouldn’t be involved. He points out she shouldn’t be, but he’s the type of detective who wants to solve a case and so the clues she finds are useful. Also, she doesn’t get in the way or ‘t withhold information from him, or treat the Gardai like an enemy.

Megan is a really likeable character. She’s good at her job, reasonable, thoughtful, generous, and a good friend. She cares about people, even strangers, and she’s smart. I really loved this book and I strongly recommend it. It’s perfect for a rainy day by the fire. By way of teasing me, the first chapter of the next book was included, and I was very very very disappointed that I couldn’t get it right now.  Sigh.