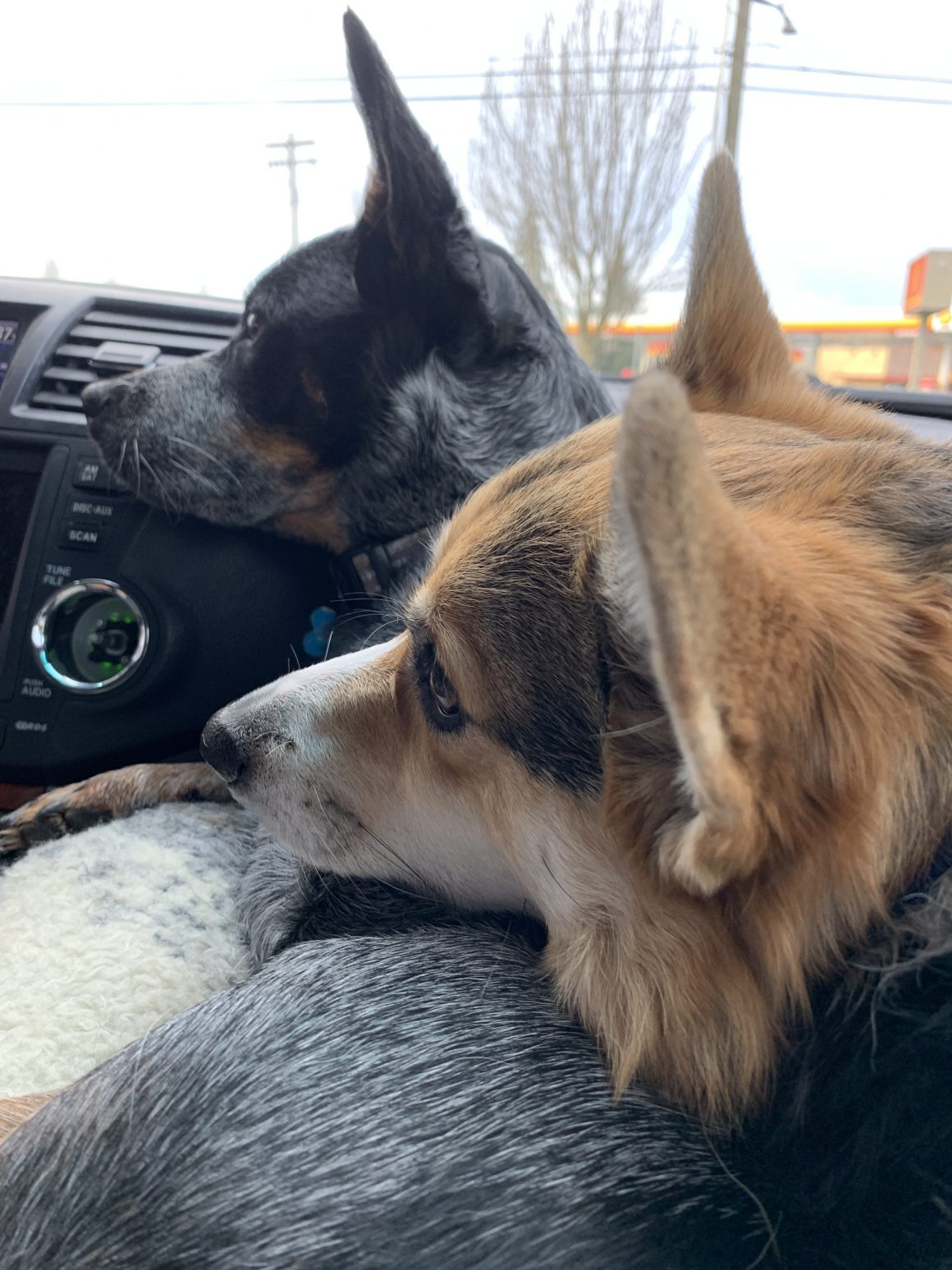 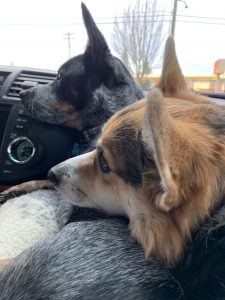 Not a particularly original title, is it? Ice, House, and Trailer. You’d think, as a writer, I could come up with something a little more original. Unfortunately, I’ve got nothing. Of course, titles for anything have never been my forte. I’ve been lucky a few times figuring out a really good title, but mostly, not so much.

We had an ice storm here and were among the lucky ones who got power back within about 12 hours. We have friends who were out for about five days, and another friend whose power is still out. She’s been coming here to warm up and shower a bit. She has cats, so she’s been staying at home at night despite the cold. It’s not as bad as Texas, but bad enough. As for Texas…. I’m so angry. I lived in Montana and the midwest where snow and ice and frigid temperatures happened a lot. People down in Texas don’t have to be in this situation. There’s been a huge failure of planning and I’m going to guess corruption and dismissal of the dangers. People shouldn’t be dying, shouldn’t be freezing and without power and water. I’m so pissed for them.

In Oregon, we lost a ton of trees. A lot of old, beautiful trees, and I’m sad. Especially for the oaks and the cherry trees. At our house we lost a bunch of branches off the birches and about half of our branches on a little maple tree. I don’t know if it’s going to survive and that’s making me really sad. I love that tree. We had to cut one of my favorites a few years ago. It was a giant white ash, but we cut it because they have a problem with having the massive limbs rotting at the groins between the trunk and the limb and the tree guy pointed out where we were in danger. Specifically because the tree was too close to the house. When we cut it down, we found out the rot was much greater than we expected. If we hadn’t lost the tree in a windstorm, this freeze would have done it. And the limbs were over the house. So we got lucky there.

Ice storms are gorgeous, but so deadly.

We’ve been in the process of refinancing the house and we finally got that signed off on and done. We’ve also been looking for a trailer for camping again. We sold ours awhile back for various reasons, but particularly because we weren’t going to be able to really use it. With the man’s new schedule, he has four days off a week and so we can start getting out. It was quite a saga for looking. We started out with one idea, but could’t find the trailer to even look at because it is out of stock everywhere and the factories can’t produce as fast as they want because Covid has slowed supply lines quite a bit.

We then decided on used, and started looking at used. But the next thing I know we start peeking into new trailers and revising our plans. Originally the idea was to buy something now, use it for awhile, and when we get closer to retiring, get a fifth wheel. (My husband really really wants a fifth wheel). We looked and looked and had a terrible experience at two different sellers, but finally came up with a floor plan we liked. But then we had to find a trailer with that floor plan. Now a lot of them have that floorplan in some fashion or another, so that wasn’t as hard as it sounds. Mostly it was narrowing down to one we liked.

Trouble was, the experience was worse than shopping for a new bra. And yeah, I know a bunch of you have no idea what that’s like, but it’s AWFUL. The longer we were at it, the more I was willing to consider just biting the bullet and getting the fifth wheel so we wouldn’t have to do this again. Ever. So we finally decided on a fifth wheel that’s far too expensive and yet has everything we imagined and more. It will last a long time and if we take it out like I hope and use it a lot, then we’ll do a lot more exploring and a lot more experiencing of things. For the last quite a few years, we’ve not really done much as a family or as a couple because we’ve been focused on work, on kids, on remodeling, landscaping, and so on. We still have more of that stuff, to do, but we want to start experiencing more. We haven’t even been to the coast for two years, and we live 45 minutes away.

So we have now signed on the trailer and will pick it up in a couple of weeks. We’ve got to get the hitch installed first. Our first trip will be during Spring Break. After that, we’ll play it by ear. Our daughter is old enough to stay home alone, but she’s also old enough that she’s going to be moving out within a couple of years (maybe) and we’d like to spend time together. My son will hopefully be able to join us now and again. He’s in college and obviously his days off don’t coincide with my husband’s.

In the meantime, I’m still struggling to write, but I’m working on overcoming the struggle. I’ve been getting out to walk the boys a bunch and am enjoying that. I am hoping they’ll take to trailer camping. When the power went out, Merlin (the heeler), freaked out. He was terrified and shaking. He woke us up around 1 a.m. We don’t know if he was hearing beeping from little alarms in the house, or if he was hearing trees breaking. They sounded a lot like gunshots or fireworks, and he hates those sounds. Anyhow, he shivered and shook all night. We’re hoping that camping (which is really glamping with this trailer), won’t freak him out.

And that’s the current update. I’m off to poke at some words.