Hi Everyone. I’ve talked about Marianne’s books before and I adore them. She’s got a new book out titled Peacemaker. I can’t wait to read it. I’ve got a copy burning through my kindle right now.

Before I introduce you to Marianne, here’s a description of Peacemaker: 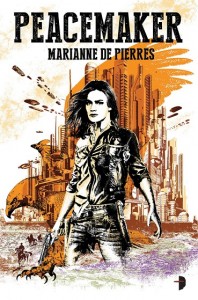 Virgin Jackson is the senior ranger in Birrimun Park – the world’s last natural landscape, overshadowed though it is by a sprawling coastal megacity. She maintains public safety and order in the park, but her bosses have brought out a hotshot cowboy to help her catch some drug runners who are affecting tourism. She senses the company is holding something back from her, and she’s not keen on working with an outsider like Nate Sixkiller. When an imaginary animal from her troubled teenage years reappears, Virgin takes it to mean one of two things: a breakdown (hers!) or a warning. When the dead bodies start piling up around her and Nate, she decides on the latter. Something terrible is about to happen in the park and Virgin and her new partner are standing in its path

Doesn’t it sound like a great read? And now, let me turn you over to Marianne, who has kindly agreed to blog today.

Developing a character from a short story to a novel

I wrote a short story back in 2003 entitled Gin Jackson: neophyte ranger. It was a far future, science fiction tale set in outback Australia about a young woman who was a ranger for a vast, sparsely inhabited area. It had recognisable SF trappings: a town in an environmental bubble, bio-modified part-mechanical horses, and some other nifty technology. I found it a challenge to create the world and tell a self-contained story in three thousand words, but I think I did an O.K. job. The short story was published and then republished. It didn’t win awards but it was out there and got read by a few. More importantly though, it took root in my subconscious. I liked the main character. She was the capable, energised kind of heroine that I enjoyed hanging with.

Years passed. Literally … like seven years. Time came to begin a new novel, potentially a series. Gin Jackson starts banging on the inside of my skull, demanding to be let out. Before I even know what I’m doing, I’m writing about her again. She’s still as opinionated as ever, still as capable, but the Gin who’s been trapped in my subconscious has undergone a few changes (imprisonment can do that to you). Short-sto 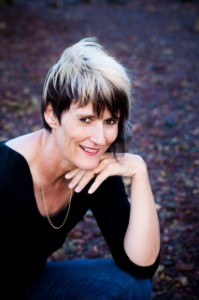 ry-Gin had inherited the ranger’s job but didn’t really want it. She also had a problematic relationship with her father, and life sucked way out there in the bush.

The gal in the new novel insists on being called Virgin, LOVES her job and is her father’s greatest admirer. More changes follow these. The setting becomes the city, and the endless outback becomes an endangered park. The Wild West takes over the Australian West, and her sidekick turns out to be a real life cowboy. Go figure?

So why am I telling you this?

A writer’s hindbrain is an unfathomable, fascinating, and unpredictable place. Stories can brew in there for years, or they can strike like lightning. There is no way to chart the its anatomy. It’s a rabbit hole of Lewis Carroll dimensions, capable of creating a perfect storm. Like the red spot on Mars, it churns and boils and never ever stops. All you have to do to keep it in working order, is to live life.

And the one thing I have learned in twenty years as a novelist  is … to trust it. We do our best thinking when we’re not!

Learn more about Marianne and her books