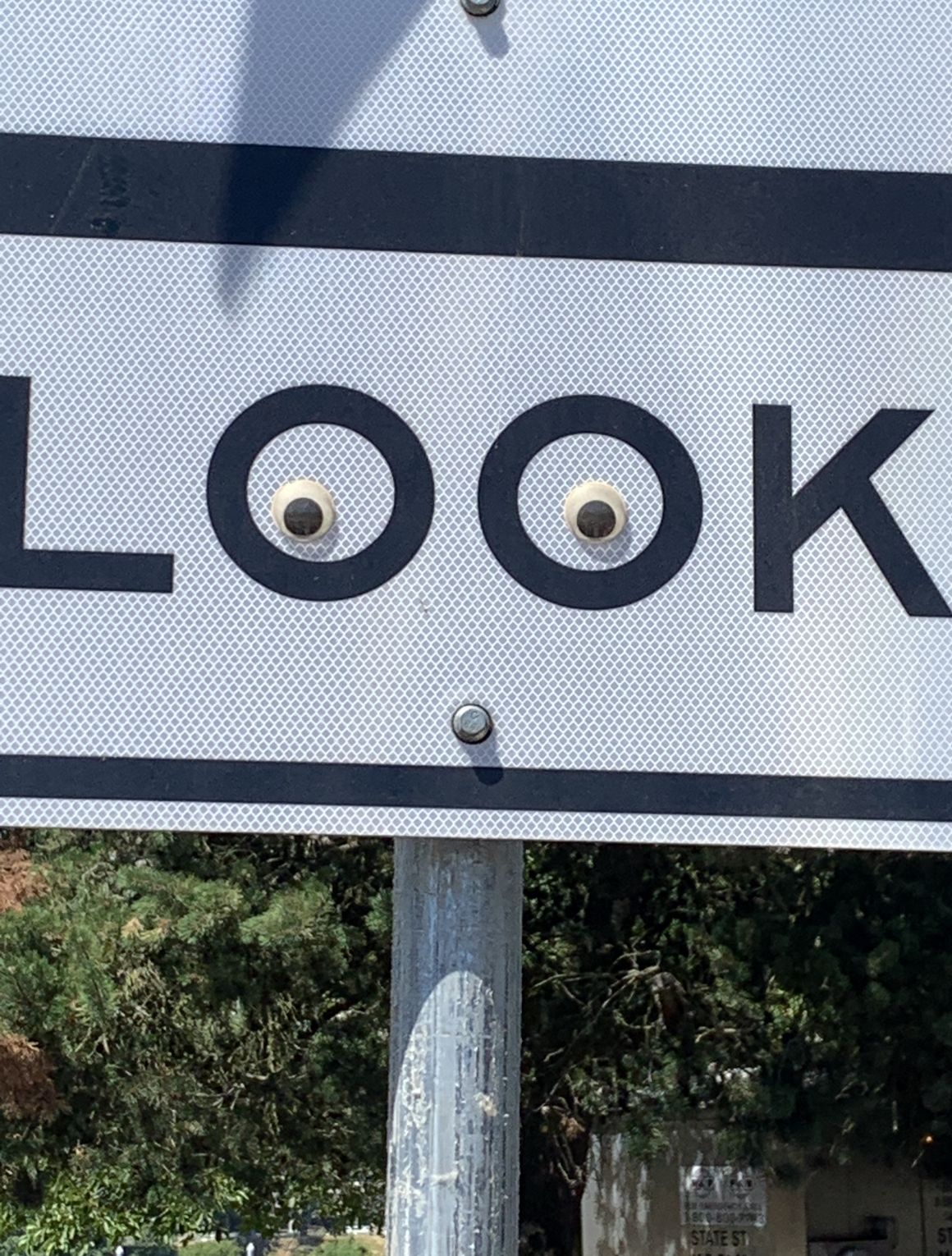 The title says it all. This posts will be all about dogs, except for a slight deviation on Pokemon. Specifically, the picture of the googly eye sign  is one I ran across while catching Pokemon on the last event day. I kind of want to hang it on my wall.

Meanwhile, Merlin woke me up a couple of nights in a row this last week, shaking with fear. I am chalking it up to either ghosts or fireworks. (Incidentally, there’s a new show on the SyFy channel called Surreal Estate and it’s a whole lot of fun, so far. In a creepy and cool way. Remember I like blood in my humor).

Anyhow, Merlin both times crawled up on top of me and turned into a quaking leech. The first night I was up nearly two hours petting and holding him before he was ready to go back to sleep. Second night was a little better. Poor guy. However, now he has decided if he’s lonely or in need of a pet in the middle of the night, he can just clomp up on top of me and use his raccoon paws to grab whatever part of me he can find to wake me up so that I will pet him. Worst part is that he’s right.

So last night Merlin wanted some love and walked up my entire body (he weighs 36 pounds but somehow can magically double his weight and put all of it onto each foot at the same time. It’s kind of amazing). He then proceeded to grab my shoulder and drag on it. I obediently woke up and started petting him, and swiftly realized he wasn’t shaking with fear. He was lonely. Yanno, as you are when you are sleeping on the bed with two humans and another dog. It gets lonely, it does.

So I’m lying on my side. I scoot back a little from the edge of the bed and he slide/flomps down beside me and rolls onto his back, all four feet in the air. (He does not lie down gracefully. This is not in his skillset. It seems like he throws himself up in the air and collapses into a donut shape, or a sprawl shape. The force of it can break bones and rattle windows). I then proceed to lightly scratch his tummy, from between his front legs all the way down to the inside of his back legs. The insides of his back legs are his favorite place to be scratched. Except I must be careful not to use too much pressure or too much nail, or it hurts. He has very thin hair along there.

So I scratch for awhile. It’s only 2 or 3 in the morning. I’m not at all sleepy. Not even a little bit. Just resting my eyes is all. I feel he’s received enough attention and so take my hand away and snuggle down to go back to sleep. He pokes a cold, wet nose in my eye. Apparently he did not agree that he’d received enough. I petted again. I stopped again. Cold, wet nose again.

Finally he allowed that he was a little tired and napping would be fine and I could resume my ministrations in the morning. Which of course I did. Because I’m a sucker.

But! because Crowley decided he, too, was lonely, when I got up to go to the bathroom sometime after Merlin and before alarm clock, Crowley came and rolled over next to me and required the same treatment. Of course, when I stop and he wants more, he uses his nose like a battering ram. It’s hard not to get the message.

I eventually was able to satisfy him, or maybe lull him to sleep, after which I slept until a little before six when the alarm went off.

And now pictures. Please notice that the paw with his ball is hanging off the edge of Merlin’s ottoman (yes, he has his own, why?) and he’s holding it in place by pressing it against the side of the ottoman frame. Like I said: raccoon paws. 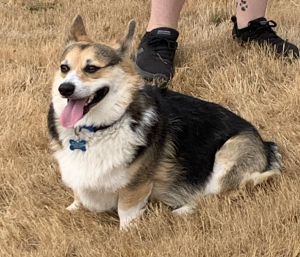 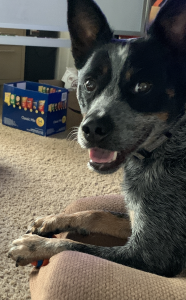 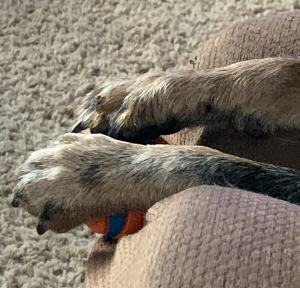